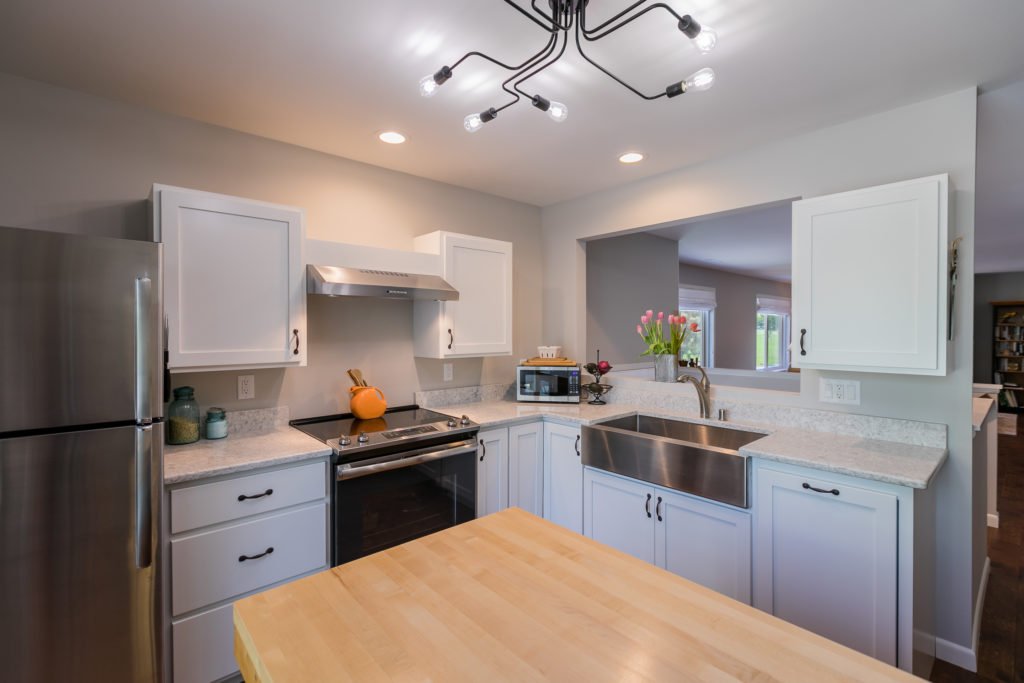 Originally from the Chicago area, Lorraine and her air force husband saw three of their four grown children move from Illinois to Wisconsin through the years. Wanting to be closer to them, Lorraine and Jim found a move north to be in the cards, and eventually settled in the town of Oregon, south of Madison. Now retired from the air force, Jim worked in the aviation industry, and Lorraine worked full-time as well.

Flash forward to years later… After Jim’s passing, Lorraine felt the time had come to downsize from four bedrooms to two, from a single-family home to a condominium. She did her research. After all, moving from place to place comes with the territory for most military families, and the experience is an education in itself.

Lorraine chose carefully, and now calls home a condo in west Madison. From the start she knew some updates would be in order, but felt it best first to live in the place “through the changing seasons.” She advises others to do the same if they have time, because “There are so many things you don’t think of until you live in a place for a while.”

After 2+ years there, Lorraine was pretty confident about just what those updates should be. Some were important to her now, and some help ensure she will be able to comfortably “age in place,” as we say.

Lorraine’s remodel features a “cottage-y contemporary flare.”
• Changed a part-full/part-half wall to an all-half wall. This lowered height effectively opened the sight line between kitchen and stairway and extended the open concept all the way through to the living room.
• In the living room, removed a brick fireplace and built-ins to update with a contemporary gas fireplace and hand-crafted mantle.
• In the kitchen, re-designed the layout to accommodate a butcher block island that Lorraine’s husband had made and incorporate an apron sink (also called a farmhouse sink). Updated with new kitchen cupboards, stainless appliances, dishwasher, quality hood-fan combo above the stove, and counter-top microwave.
• In the dining room, added shiplap to a wall to give a pop of color and texture.
• Throughout, installed new engineered flooring and painted walls and ceilings.

In planning for her extended future in the condo, Lorraine wanted to get it so it’s “just right.” With the project complete, the butcher block now rests in the kitchen, as it had in the Oregon home. Perfect. This hard-working memento from her husband provides a great area for family to gather around. And the new large kitchen sink comes in mighty handy for various projects, especially because the condo has no industrial sink.

Continuing in the kitchen are updates very important to Lorraine, who describes herself as short. The new cupboards are 2” lower than before; no longer a need to get on a stool to reach the higher shelves. And gone is the over-the-stove microwave; it was too high for her and getting to be a problem. Another problem gone is the worn out flooring throughout, with its various threshold issues and trip/fall threats. The many improvements and updates to this home reflect a fruitful brainstorming process, so vital to any remodel project. Lorraine says “They really helped me understand that some things I was asking for were not feasible, and why they wouldn’t work.”

Lorraine tells us she enjoyed working with everyone at Frey, and says she’s confident that she will contract with us again, adding “The bathrooms are down the road…” Meanwhile, she is happy with her home’s “cottage-y feeling, which makes it homey, mixed with lines that are contemporary, to make it cleaner.” What else? She says “The workmanship is great… I’m really pleased with the whole thing.” We are, too. 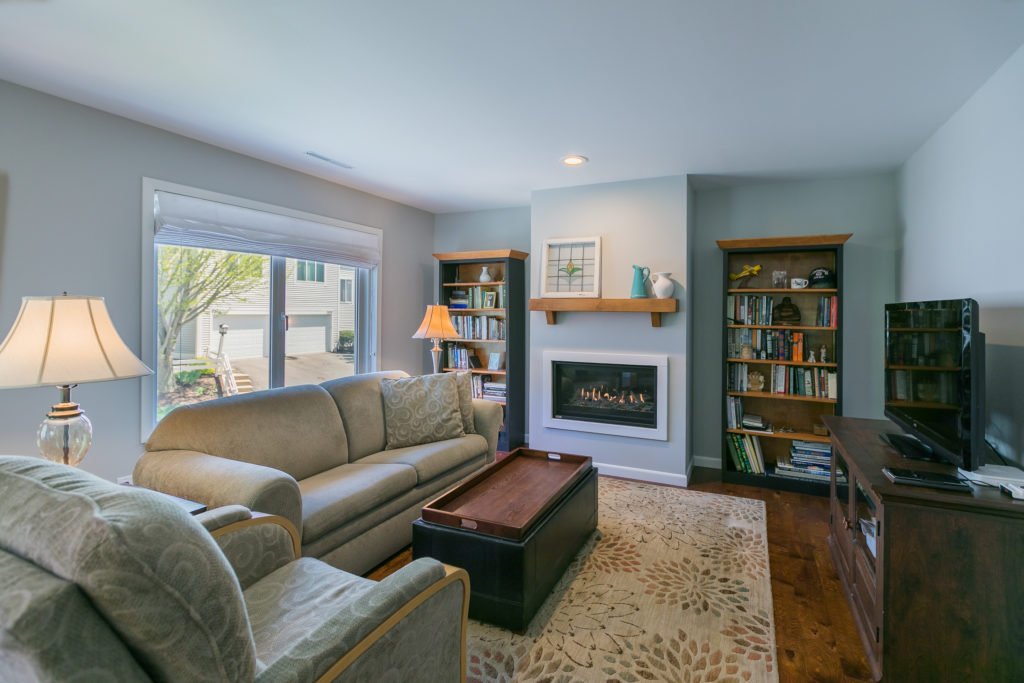