Long gone are the days when owning a deck meant a never-ending cycle of backbreaking (or wallet-busting) work to stave off chipping, splintering, and looking like the neighborhood eyesore. Gone, too, are the days when non-wood decking looked, well, like non-wood. More and more new decks are being constructed with PVC decking—we go with solid-core—because it provides a natural-grain finish, stands up like a rock star to the elements, and never needs to be stained or painted. Give it a little TLC, and you’re good to go. 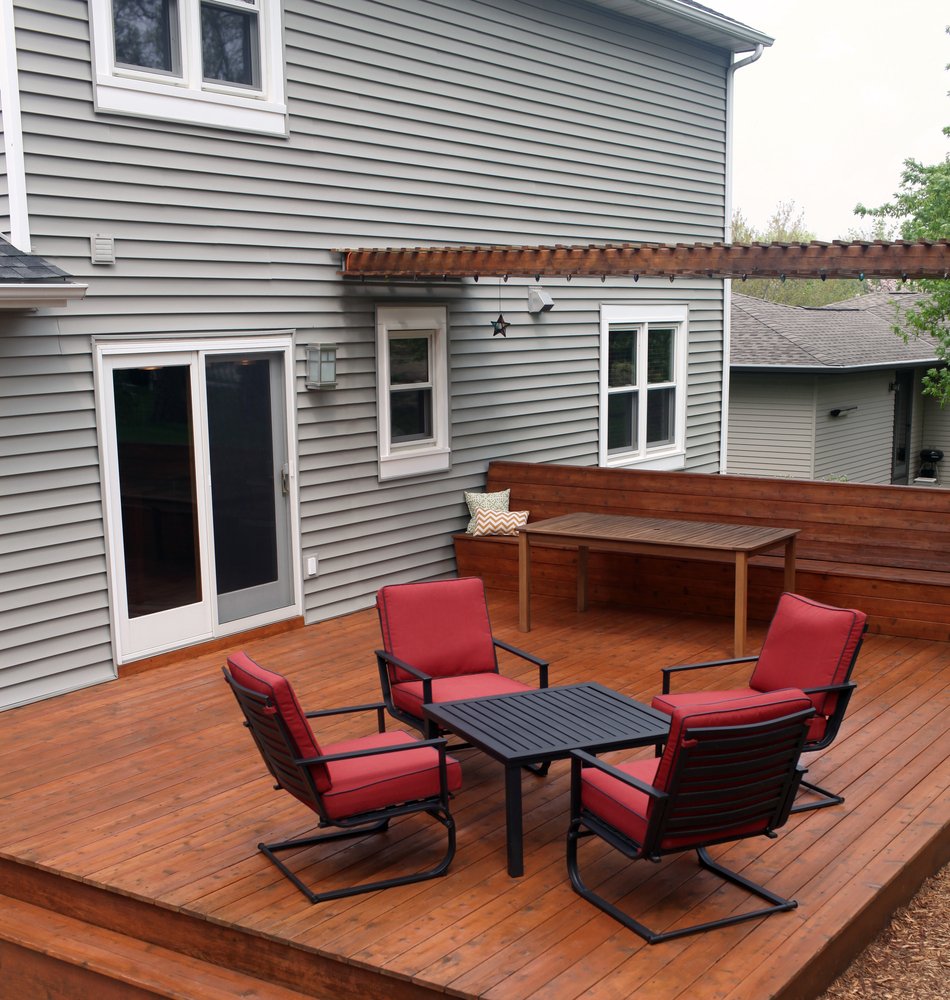 PVC decking is made of plastic resin, and it resists mold and mildew much better than composites. It also stands up better to scratches, stains, and fading. If you go with solid-core rather than hollow, as we recommend, you don’t have to be concerned about the deck buckling or swaying. It’s like wood but without the hassles of wood. Basically, if there were a Deck Fairy, a solid-core PVC deck is what she’d bring you.

Even the highest-tech decking material needs a little bit of TLC. With PVC decking, TLC effort falls mainly under prevention instead of maintenance, and to be honest, it’s a bit of a stretch to call it effort. You just have to keep in mind that most sunscreens and bug repellent contain chemicals that don’t play well with plastics. While it may seem crazy that these two staples of summer aren’t deck-friendly, it’s not a big deal once you’re armed with the knowledge: Just apply them when you’re not standing on your deck.

Though solid-core PVC decking has improved the durability and stability of decks by leaps and bounds, it’s not quite true that you can set it and forget it, but wow, it comes close. We think it’s still what the Deck Fairy would bring. And after all, being careful not to plop chemicals on your beautiful new deck is a lot less work than sanding it, staining or painting it, and worrying about termites!